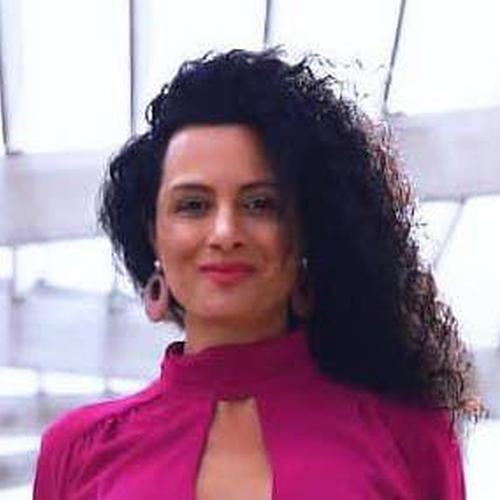 Getting ready for travel

Talks covered by this speaker

Lucia Grillo is an actress, award-winning filmmaker, activist, and host of Lucia’s Vegan Lifestyle, who became vegetarian at age 12 and fully vegan in 1996.

Most well-known for her work as an actress with directors such as Spike Lee and Tony Gilroy, opposite Oscar winners and international stars, and for her award-winning films, Lucia is also a TV host, correspondent, and journalist in the world of American & Italian cinema and on cultural programs – as well as on her own show, Lucia’s Vegan Lifestyle.

After the enormous success of the vegan segments she produced & hosted on her previous TV show, Lucia was urged to create a fully vegan show, given her unique perspective on vegan living and her lifestyle, which some consider unusual “for a vegan.” The show’s motto is “Compassionate Living - without Sacrifice!” and Lucia’s Vegan Lifestyle is the only show dedicated to 100% all-around vegan living… that also actually airs on TV!

Lucia’s Vegan Lifestyle airs on MNN Lifestyle Channel to nearly 1M viewers throughout New York City and streams on the Lucia’s Vegan Lifestyle YouTube Channel. Lucia’s Vegan Lifestyle is a cross-platform entity: with Lucia herself as a vegan influencer modeling for luxe vegan brands; LVL Media being the sole company focused on creating promotional cinematographic (and comedic, tantalizing, sexy) films & photo series exclusively for vegan brands; and the only vegan influencer invited to join & host on the new Amazon Live platform – helping people live their best vegan lives! LVL is sophisticated yet fun and Lucia aims to make veganism accessible to everyone.

Join Lucia in Tuscany in June 2022 for a vegan luxury tour – LVL-style!

Your logo could go here!

If you'd like to get your brand in front of attendees following the categories this speaker is talking about (on this page, via email and during each talk) contact us.

By clicking 'Accept', you agree to the use of cookies. To learn more see our Privacy Statement.