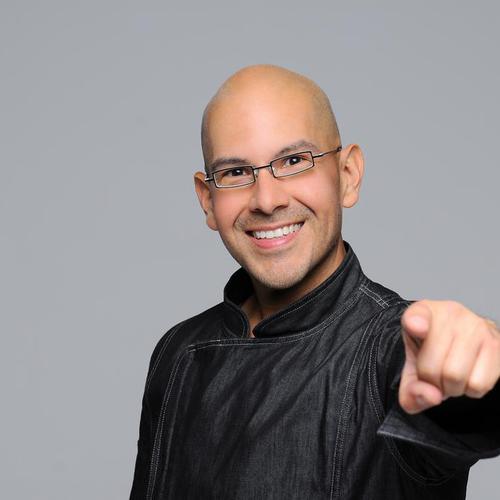 Talks covered by this speaker

A Vegan Food Tour of Mexico

Eddie Garza is a plant-based chef, cookbook author, and host of "Global Bites with Eddie Garza" on OzTube.

Eddie grew up in the Mexican-American border town of Brownsville, Texas, a region plagued by childhood obesity, diabetes, and heart disease. Like many of his childhood peers, Eddie struggled with serious weight problems from an early age, maxing out at 310 pounds by the time he was 21 years old. It was when he transitioned to a plant-centric diet that Eddie was able to naturally lose over 150 pounds and reverse his declining health.

Eddie’s book ¡Salud! Vegan Mexican Cookbook features 150 plant-powered recipes that represent the 150 pounds he lost on his vegan journey. In his latest book, The 30-Day Vegan Meal Plan for Beginners, Eddie simplifies plant-based versions of comfort classics from around the world.

Eddie is a sought-after speaker, culinary coach, and thought leader on issues related to plant-based health. He has lectured and presented at top universities, culinary schools, and major conferences in the US and Latin America, including SXSW in Austin, Expo en Verde Ser in Mexico City, and the Nexus Summit in Washington, D.C.

Your logo could go here!

If you'd like to get your brand in front of attendees following the categories this speaker is talking about (on this page, via email and during each talk) contact us.

By clicking 'Accept', you agree to the use of cookies. To learn more see our Privacy Statement.